We entered 2017 to a chorus of whistles, glittery explosions, pops and sizzles. Fireworks. Hours and hours worth of fireworks.

Just to keep you in the know – in South Africa, fireworks are pretty much illegal. The minority of people still shoot these pretties to celebrate the new year, but on the whole, it’s a big no-no where I come from. For the greater part of my life, I only saw fireworks on special occasions, and then never on a large scale.

You can imagine how weird it was when we came to Germany. Here, tradition dictates that you shoot away all the bad things from the last year, so that you start the new year with a clean slate. The fireworks start when the first early watch says it’s midnight and pretty much continues well into the next morning – this year, it was about 6 o’clock on January 1st.

To understand the scale of these fireworks, you really need to live it. I took a video, but it came out blurred and shaky, and I can’t share that with you.

So you’ll have to picture this – every family, from every apartment or house, in every street all around you, sets off fireworks. They shoot from the sidewalk or from their balconies. They shoot onto roofs, cars and fences (and into the streets, where other cars still drive). All around you, everything is lit; everything fizzles or screeches or bangs. For the first hour or so, the shooting is intense. It quiets down around one in the morning, but doesn’t stop for some hours yet.

It’s estimated that between 100 and 120 million Euro in fireworks is shot every new year in Germany – if that gives you any indication.

Anyway, we knew what to expect this time, so we were a little more prepared. Kayla even stayed up late to try and see some fireworks, but she passed out and slept through the whole thing again.

Jan went into the street and took photos, while I stayed indoors with Kay, just in case she woke. I watched at the window for a long time, until I couldn’t stand it anymore. I’ve been writing this post in my head since.

Don’t get me wrong – fireworks are beautiful. In moderation.

I watched glittery blossoms erupt into the night sky – pretty at first, but excessive to such an extent that it made me feel empty.

Let’s blame it on being an animal lover. Knowing how Cupcake would freak out while the night exploded was the first thing to sully the beauty for me. She’d pee on the bed, clawing into the mattress to get away from the sound. Expose her to that for six hours straight and she’d probably have a stroke.

From there, my mind wandered to the pets in all of the households around us. Sedated so they wouldn’t suffer the fate I’d imagined for Cupcake.

The next thought was about refugees. Europeans are pretty unhappy about the asylum seekers crossing their borders. If only a quarter of the money shot into the air had gone to helping refugees, maybe there would be less of an issue here, not so?

You see, fireworks are pretty. Just like watching a movie is fun. Or doing your work is good. BUT, when you work too much, you burn out. When you watch movies all day long, nothing else gets done. And when you shoot fireworks for hours without end, they’re not so pretty anymore.

Anything in excess is bad. Drink too much water and it can literally kill you.

We live in an age where we want more. Everything has to be bigger and better than it was last time. We upgrade, after all; we don’t want to move backwards. I get this mentality – I even share in it.

The point is just that we need to find a balancing point somehow. A place between, where we have enough and we’re OK with that. Where sharing with others comes naturally and feels rewarding. I don’t want to preach to anyone and I have no real answers. Only ideas like fleas, nibbling at my brain.

If fireworks were the issue, it could be painless. Buy sparklers for the kids, shoot one set of fireworks, and spend the rest on something that would make someone else’s life better. Or have a firework show at a central place, so everyone can still enjoy the display, but the gluttony is controlled.

Congratulations, you made it to the end of my rambling. 🙂 Here are some sparklies for you. 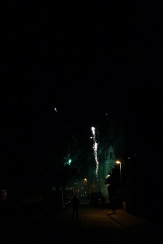 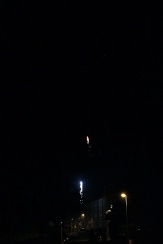 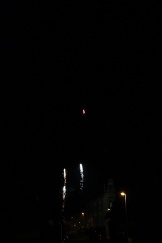 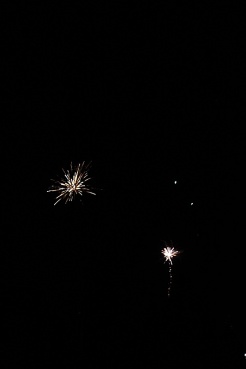 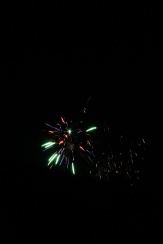 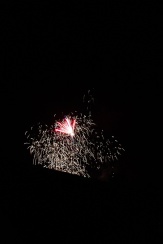 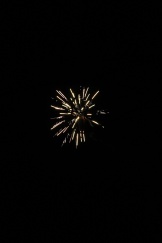 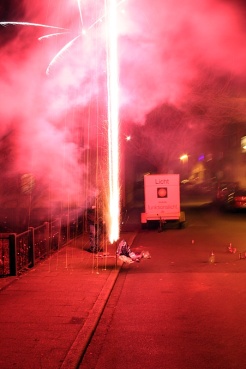 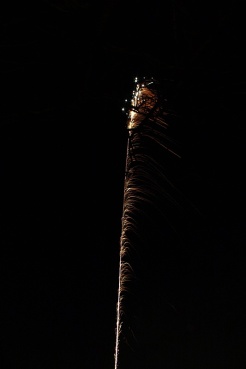 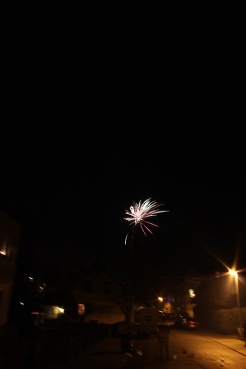 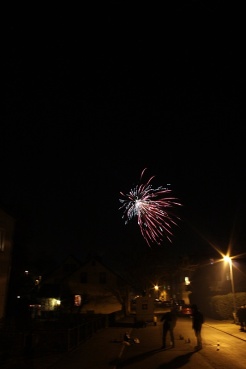 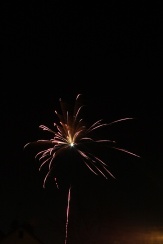 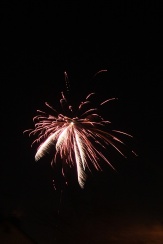 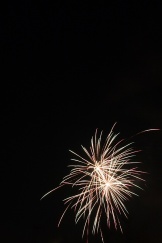 Have a good one, folks.